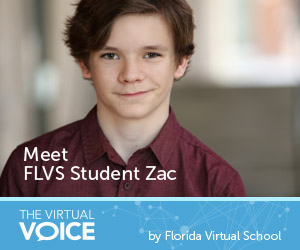 We withdrew him from his current elementary school in Tallahassee and began to homeschool him while in CA. We were there through June, then returned home to Florida for a few weeks. END_OF_DOCUMENT_TOKEN_TO_BE_REPLACED 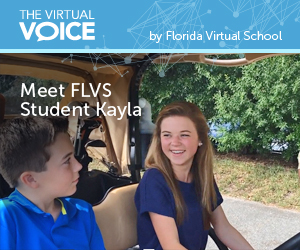 Kayla researched Florida Virtual School, made phone calls, and spoke with her Dad and I about doing FLVS from home for her junior year of high school. END_OF_DOCUMENT_TOKEN_TO_BE_REPLACED 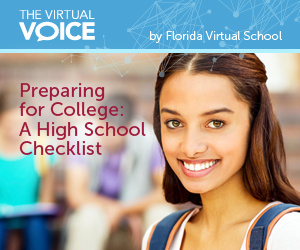 Many students fall into the trap of thinking college is something they need to start considering their senior year.

Students who wait until then, however, will be much more than a day late and a dollar short (more like four years too late and thousands of dollars short).

The fact is the time to start thinking about college is when you are selecting your freshman courses. It can be argued that it begins much earlier than this even – through the development of soft skills like time management, study habits, and a growth mindset for example, but that is a different post. END_OF_DOCUMENT_TOKEN_TO_BE_REPLACED 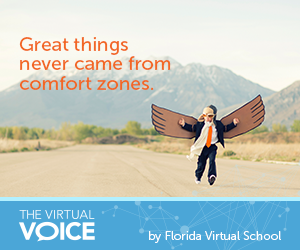 Motivation is literally a desire to do things.

It is crucial to attaining goals.

Motivation is the difference between getting up and doing something or being a couch potato all day.

Whether you want to motivate yourself, colleagues, classmates, or children…here are some proven methods to improve your motivation and to motivate those around you. From setting goals to persevering through difficult challenges, these tips will help you accomplish all kinds of great things!

END_OF_DOCUMENT_TOKEN_TO_BE_REPLACED

What It Was Like To Break A World Record 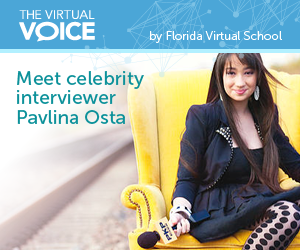 17-year-old journalist Pavlina Osta set a new Guinness World Record for most radio interviews in 24 hours. Here’s how she did it.

Throughout elementary school I remember going to the library and checking out American Girl books, but on the way to the check out counter, I’d always pass the open book in the reference center of Guinness World Records.

It wasn’t possible for me to even think of myself someday being in the book. I mean, a World Record? Me? Doing what? What could I do better than anyone else in the world?

Standards, Grittiness, and the Underdog 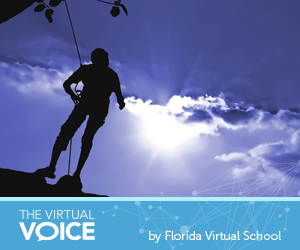 In his book, “David and Goliath: Underdogs, Misfits, and the Art of Battling Giants,” Malcolm Gladwell  argues that the people we traditionally considered to be underdogs might actually have unique  advantages created by the very adversity they had to overcome. Gladwell uses the allegory of David  and Goliath to dramatize how David’s victory may not have been as unlikely or extraordinary as we are led to believe.  Perhaps, David relied simply on an unconventional approach and his own audacity to blindside Goliath.  His experience as an underdog forced him to view the situation differently and discover a creative solution to his problem.  David didn’t view Goliath simply as an indestructible giant. Rather, he saw a slow opponent, dragged down by his armor, and unprepared to battle a swifter, more prepared adversary.

Gladwell continues his theory by describing a seeming disadvantage, dyslexia, as a “desirable difficulty.”  END_OF_DOCUMENT_TOKEN_TO_BE_REPLACED

Giving Yourself a Helping Hand

I’m not really good at math. Once I understand the general concept, I’m completely fine, but whew…sometimes it takes me a little while to get there. This is definitely an area in my life where I continually have to battle problems and find solutions (literally). At times I find that I really don’t “get” something, so I keep re-reading the same information. Then I go over it again and again. Sometimes I just find that the explanation still doesn’t click with me or with my learning style. At times like these, I find that I essentially have two options: I can keep going over the information in the hopes that it finally clicks, or I can ask for a little help.

As a teenager, my first reaction to asking someone for help is often “Nah, I’ll take care of it.” Sometimes, that’s fine; we shouldn’t depend on others to solve our problems for us all the time (plus, it’s human to fail; we can’t overreact every time an obstacle pops up and blocks our path). END_OF_DOCUMENT_TOKEN_TO_BE_REPLACED