Ever wonder where the name September comes from? The prefix “sept” means seven. September was the seventh month in the original Roman calendar that included only ten months!

September is also National Piano Month. Celebrate by signing your high school student up for Music of the World, one of our electives that explores musical instruments and composers throughout history and provides perspective on various styles of music.

As we head into the month of October (National Pizza Month 🍕), here are a few highlights and opportunities to get involved. END_OF_DOCUMENT_TOKEN_TO_BE_REPLACED 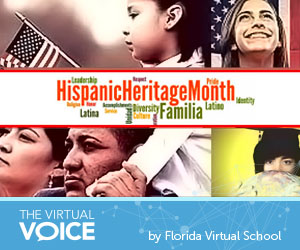 In our Spanish for Spanish Speakers course, an assignment asks students to compare their lives in the United States with that of a fictional character in the lesson.

This character writes an entry in her diary describing her struggles to fit in with two different cultures, dealing with attitudes towards her language and towards her, and even learning to speak “Spanglish.”

I especially like part of her entry where she talks about another Spanish-speaking lady she meets at her kid’s school who owns a store in town where she can meet for a cafecito* and some very-needed Spanish conversation.

Teaching this lesson, I suddenly realized that I struggle with the very same things! END_OF_DOCUMENT_TOKEN_TO_BE_REPLACED 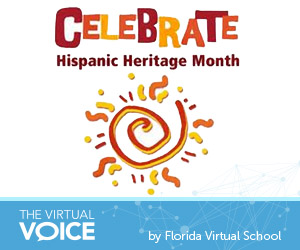