FLVS Follows Science on Its Way to Space

On April 2, 2018, the SpaceX Falcon 9 rocket blasted into space with the Dragon spacecraft – sending fascinating science experiments and supplies to the International Space Station.

FLVS was invited to share the experience with our students and followers through social media, including a behind-the-scenes tour of NASA facilities at Kennedy Space Center prior to launch. END_OF_DOCUMENT_TOKEN_TO_BE_REPLACED 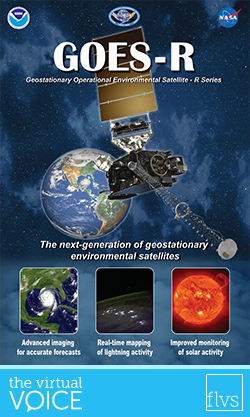 Well, right now we receive images of satellite scans every 30 minutes or so. The GOES-R satellite will provide data at least every five minutes, and in some circumstances every 30 seconds! So not only will it be five times faster than current weather satellites, but it will also gather three times more data and it will have four times better resolution. END_OF_DOCUMENT_TOKEN_TO_BE_REPLACED