This post was written by Elizabeth Jones, a member of the FLVS social media team.

I recently had the opportunity to watch Boeing’s CST-100 Starliner make its debut flight to the International Space Station. This was a great opportunity to see the impacts of career and technical education in action!

As part of NASA’s Commercial Crew Program, this was the first uncrewed Orbital Flight Test for Boeing’s CST-100 Starliner. The Starliner’s mission was to dock with the International Space Station and test various systems – bringing it one step closer to becoming an astronaut spacecraft. The Starliner launched atop the United Launch Alliance (ULA) Atlas V rocket from Cape Canaveral on Friday, Dec. 20 at 6:36 AM EST.

Prior to launch, I had the opportunity to tour the Kennedy Space Center facilities to learn more about Boeing’s Starliner. On my tour, I visited areas used to prepare vehicles for their trip to space, including the Vehicle Assembly Building (VAB), Boeing’s Commercial Crew and Cargo Processing Facility (C3PF), and the gate of Cape Canaveral Air Force Station’s Space Launch Complex 41. 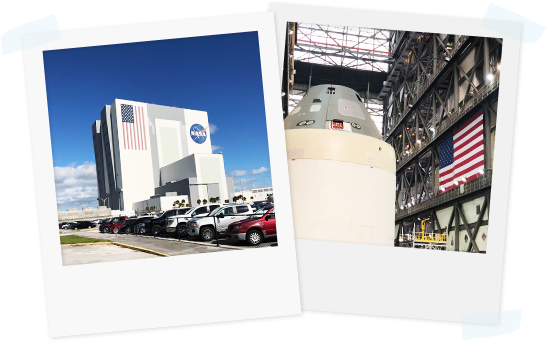 When we got to the Launch Complex, we were met by NASA Administrator Jim Bridenstine who shared his excitement for the upcoming launch:

“We’re on the cusp of launching American astronauts on American rockets from American soil. One of those rockets, the Atlas V, is behind us with the Starliner on top…this is the beginning of this new era and tomorrow’s flight is really the first end-to-end test of the Starliner so we can learn what we need to learn, make adjustments, and then get ready to launch our astronauts again for the first time since 2011, the retirement of the Space Shuttle. So, this is a big deal for us. It’s a big deal for the United States of America and, in fact, for the world.”

Although the Starliner didn’t carry humans during this trip, it had its first passenger, Rosie, an anthropometric test device present to collect data from the commander’s seat! The data gives NASA and Boeing more insight on what an astronaut will experience.

“We’re going to learn things on this uncrewed test flight that will allow us to make them better,” said former astronaut Bob Cabana.

As the launch ticked closer, the NASA and Boeing teams worked through the night to prepare the Atlas V and Starliner for the early morning flight. The launch was scheduled for 6:36 AM with a window of opportunity of only a few seconds. With a new day just breaking, the Atlas V and Starliner successfully launched! Starliner was scheduled to connect to the International Space Station and return to Earth nine days later.

Unfortunately, because of miscalculations, the Starliner did not reach it’s intended orbit to connect with the International Space Station. The NASA and Boeing teams were able to reroute Starliner safely back to Earth. On Sunday, Dec. 22 the Starliner successfully landed in White Sands, New Mexico, just two days after its initial launch.

“We know that we’ve got a lot of learning in front of us,” said Bridenstine “but we have enough information and data to keep moving forward in a very positive way.”

As this mission proved, there is always something new to learn – even when things don’t go as planned.

As Boeing and NASA prepare Starliner for its next test flight, Bridenstine says that there’s “no shortage of opportunities, from an engineering to a science perspective, maybe even from a human space-life perspective,” encouraging students to pursue STEM programs and careers! 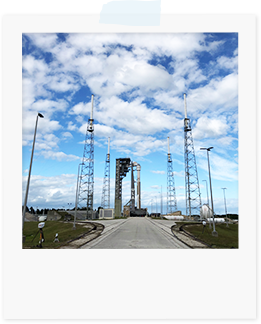